See The Movie at LtDanBandMovie.com
Experience The Journey! Join The Cause!
Scott Hopkins, Pop Bitez 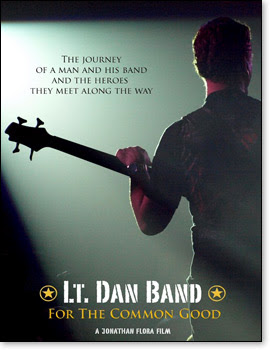 The Lt. Dan Band: For The Common Good is a moving documentary feature film that celebrates America’s heroes and chronicles the journey of Academy Award Nominated actor, Gary Sinise, who since 9/11 has vowed to never to forget those who are willing to give all.

At it’s heart, Lt. Dan Band: For the Common Good is about America and our relationship with the brave men and women of our armed forces, the first responders, their families and the many wonderful citizens that support them. It is, in many ways, a celebration and tribute to the best of our best and, to the filmmaker’s great credit, it’s all presented in a completely non-partisan way, honestly and free of bravado or jingoism. 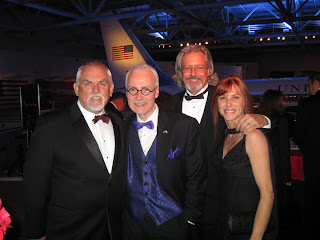 The Lt. Dan Band: For The Common Good has an amazing soundtrack and special appearances by numerous celebrities, including John Ratzenberger, Melina Kanakaredes, Mykelti Williamson, Connie Stevens, and Academy Award Winners, Jon Voight and Robert Duvall.
Produced and directed by Hollywood filmmaker  Jonathan Flora, this inspiring film provides a rare glimpse at the inner workings of Sinise’s heart-felt commitment to our troops as we follow the actor/ musician and his band to several military bases around the world. 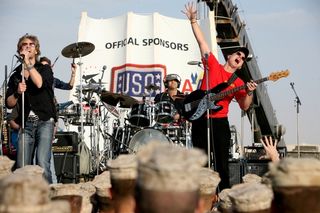 “When we first started deploying to Afghanistan and started losing troops, I immediately called the United Service Organization asking what I could do,” Sinise explained in the film. He said he felt for the families of the fallen, and felt it was his responsibility to do something for the troops who were sacrificing so much after the events of 9/11. 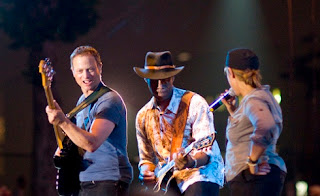 The behind-the- scenes look at how a USO tour is put together is as enlightening as it is fun and, with interviews of the soldiers and military personnel interspersed, Producer Jonathan Flora does an excellent job of showing us the “how” without ever losing sight of the “why” 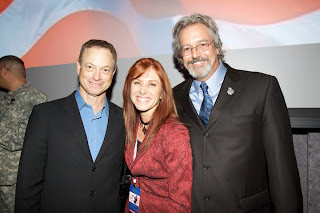 After serving 12 years with the U.S. Army's 82nd Airborne Division, Jonathan Flora received his B.S.A. in Television Performance and Production (Telecommunications) from Ohio University.  Following three years as a radio sports broadcaster in Southern Ohio, Jonathan returned to O.U. to earn his M.S.A. in Marketing (Sports Administration) and went on to serve as the Director of Marketing and Corporate Sponsorships with the World Wrestling Federation for six years.  Jonathan Flora is a producer with Walt Disney Studios Home Entertainment and has won numerous Key Art and Promax Awards. Along with his wife Deborah, they formed Lamplight Entertainment in 2009.The LT. DAN BAND: FOR THE COMMON GOOD moovie is the first major release for Lamplight Entertainment.    http://www.lamplightent.com/ 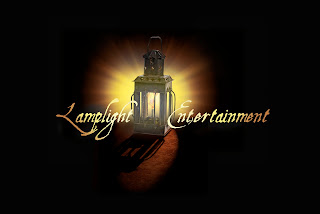 “As a veteran and filmmaker working in Hollywood, it is a privilege to be able to support our troops and first responders through our medium.  The spirit of service and commitment to the greater good has always served as an example to me. 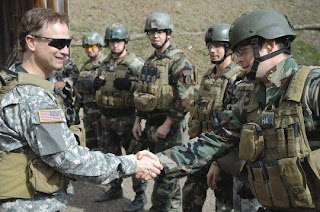 At its core, this movie is about remembering those who are willing to lay down their lives for others and those who are left behind.  Gary Sinise is a man who has chosen to remember and to honor.  Gary truly is the Bob Hope of this generation.”


Jonathan currently serves on the Advisory Board for the GI Film Festival, formed to honor films that celebrate the successes and sacrifices of the American military. "A wonderful and inspiring chronicle of Gary and his fellow musicians, as they journey across America and the world. But the real point of the film, as it should be, is to shine a much-needed light on those in uniform, whose tremendous sacrifices can never — and must never — be taken for granted." — Jerry Bruckheimer, Hollywood Producer: Pirates of the Caribbean, National Treasure, Blackhawk Down, Remember the Titans

"A powerful and compelling tribute that continues to resonate long after the movie has ended. It is also that rare film that entertains even as it inspires. It's a clear reminder of my friend, Gary Sinise's talent and character. He's one of our 'good guys.'" — Ron Howard, Hollywood director, producer, actor


"What a compelling piece of work... very moving! A must see for all Americans... It leaves one feeling inadequate and certainly wanting to do more." — Pat Riley, NBA Hall of Fame Coach-Los Angeles Lakers, New York Knicks, Miami Heat, President — Miami Heat

"It made me proud not only to be the Chief of Department of the greatest Fire Department but also to be an American!" — Salvatore J. Cassano, Fire Commissioner, City of New York 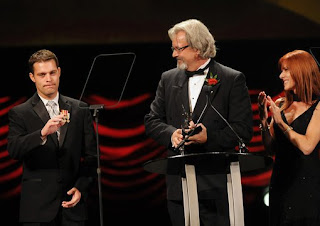 "Jonathan Flora has delivered a moving portrayal of service and sacrifice! Connects in powerful ways with troops, first responders, and their families!" — Sloan Gibson, President, USO

Director, Jonathan Flora, was presented the inaugural Santini Patriot Spirit Award, for outstanding portrayal of the American military, veterans or their families in a feature film, documentary or short. The award is named after Col. Donald “The Great Santini” Conroy.

This inspiring film will be available to watch in the comfort and privacy of your own homes beginning on July 4th! By logging onto http://www.ltdanbandmovie.com/ you’ll be able to stream the movie andone of out of every four dollars will be donated to organizations that support the military and their families such as the USO, Snowball Express, Operation International Children and more.
*Scott Hopkins, Pop Bitez contributed to this article.
For more information and all the latest news be sure to visit: 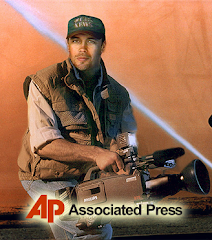 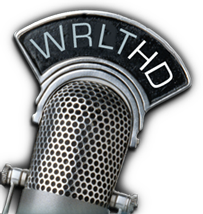 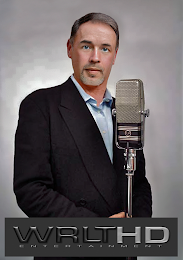 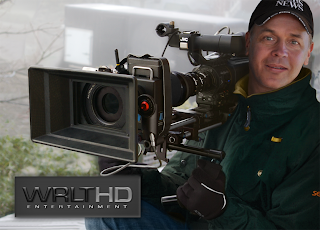 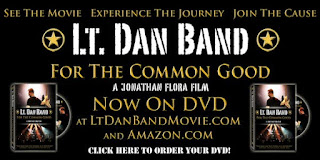 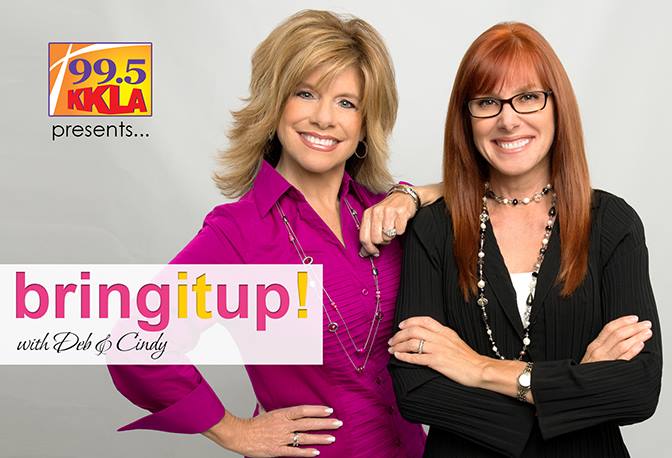 Images by Ray Tharaldson is licensed under a Creative Commons Attribution-NonCommercial-NoDerivs 3.0 Unported License. 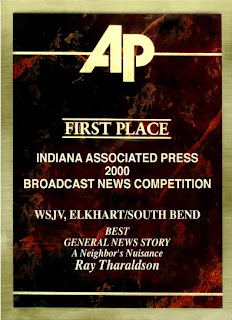 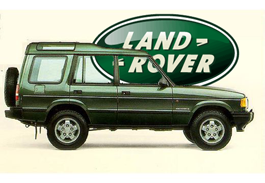 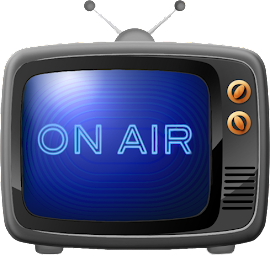